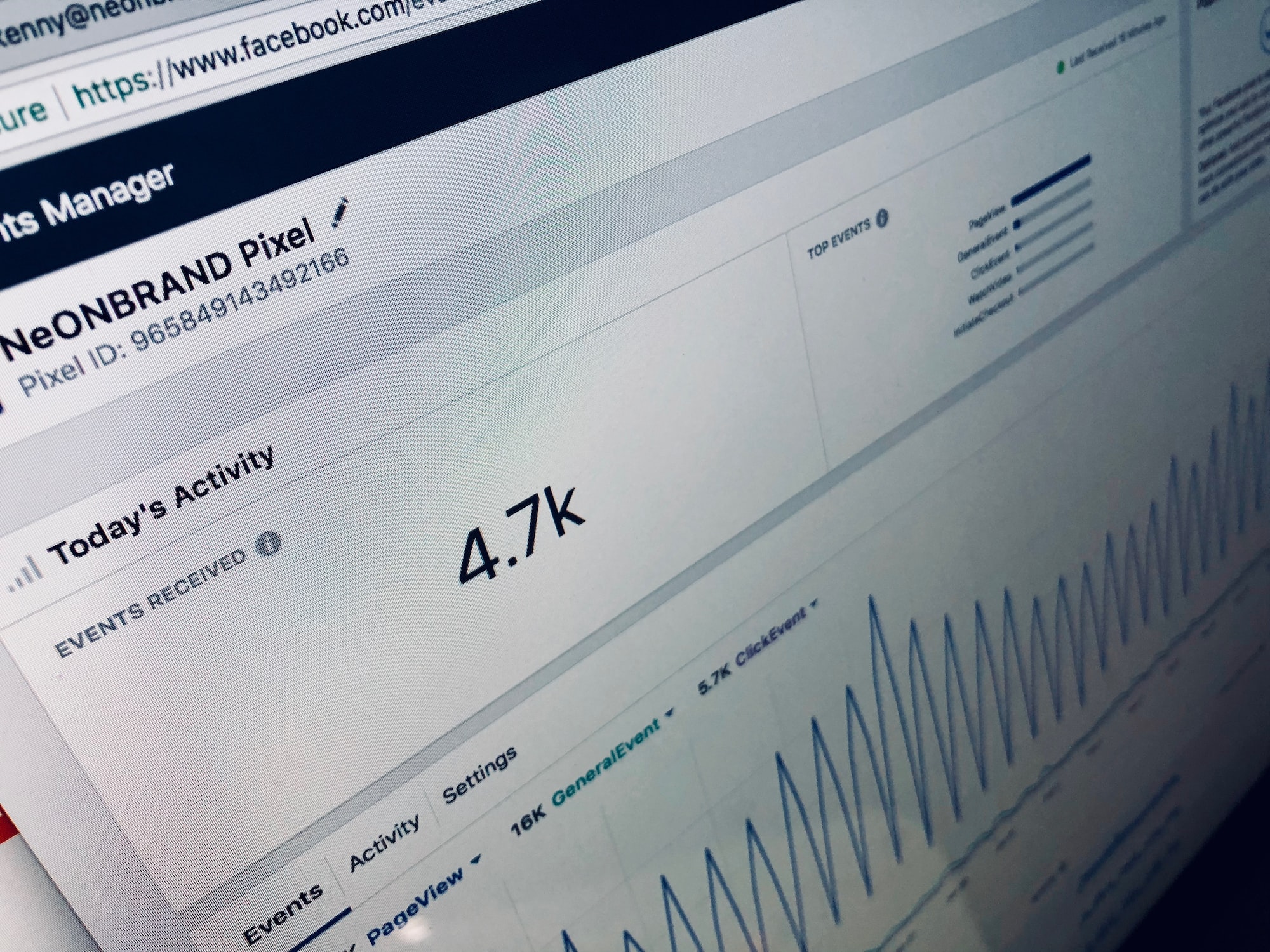 Through my college, career, friendship, and Internet adventures, I have had the privilege of meeting lots of people with different personalities from varying backgrounds. It is fascinating to me how everyone is different like alike, all in the same ways. Some prefer to listen than speak. Some have a tendency to speak before thinking. Some have hearts of gold and always share genuine smiles. Some tell dark, crude stories before laughing like they are nothing. Some speak life and encourage others at every turn. Some spread lies and destructive thoughts that corrupt a person and their relationships.

Then you get the people who can advertise anything, including themselves, as easily as they can breathe.

I'm not referring to negative self-advertising where people sell themselves for various favors or exchanges. I'm talking about genuine promotion of something they are passionate about and want others to know about because they genuinely believe whatever they are promoting/personally offering is beneficial. Some people seem to have a knack for promoting themselves.

There are also those people who have to advertise themselves under contractual obligations. I've been helping a pastor understand how to record a podcast she is starting and is having released through a division of a popular magazine. She says that she has to "tweet about [the show] 10 times a week." She must self-advertise in order to maintain her part of the deal.

Then you have me.

I struggle with promoting myself and/or my work. It is not something that comes easily to me, in-person or online. #vss365 today has been growing in popularity by leaps and bounds lately but I barely tweet about it. I have done the most promotion for it in its lifetime within the last few weeks, and only because it was first promoted by a prominent member in the #vss365 community. Before that, I had tweeted about the site maybe 5-6 times (with most of them being deleted later). It grew without me promoting it.

My personal website lists work I have done and places I've worked at face value, without commentary. There's actually no prose text on the site to tell about myself, There is no promotional elevator pitch, only my history. I have had a blog for at least 10 years now but this current iteration is effectively unadvertised. I have rarely linked it on any social media platform.

Yet I will talk about myself and my work. If someone asks me about a topic in which I am knowledge and/or have produced something that is relevant to the discussion, I'll bring it up and explain it with no issue. When I first launched #vss365 today, I told a couple of my writer friends (and the writing class I was taking) about it but only as a secondary point to #vss365. It was far easier for me to advertise #vss365, something I did not start, over my own work, despite truly thinking people would benefit from the site.

As the #vss365 writing suggests, self-promotion was not something that was encouraged or recognized in my house. Even as a young adult, I was repeatedly directed to take all compliments and praise as people "just saying things" and to not "let it go to [my] head." Acknowledgment of my successes and achievements were restricted to "major" things, like graduating from a college. Having my boss delight in my tutoring skills and constantly hear high praise from fellow students about me, or me making a website easier to use and manage to the point it was easier for people to spend money on it (thus benefiting the company) was useless chatter. Encouragement and affirmation from my closest friends was supposed to be ignored. A friend once wished me favor in my relationships because, in her view, "of all the people [she had] met, [I] deserved to find love." I knew her intention behind the statement and how it took a lot a thought for her to come to that conclusion. It was some of the highest praise she could give.

And yet, I struggled to accept her words because it had been drilled into my head that humility meant complete silence in promoting myself and a flat rejection of all praise I might receive. If I had to find a Biblical backing for this, I might looks towards Proverbs 27:2 or Philippians 3:8. Yet, when placed in context and evaluated against the rest of the Bible, they do not support this mental perspective or the Biblical definition of humility. So, this shouldn't hamper me from appropriate and reasonable promotion of self from myself and others, right?

Wrong. I still struggle with it. At this point, it is ingrained into my whole character. And to be clear, it's not that I don't see value in my work. I know I and my work have worth, individually and collectively. I wrote a tool for an employer that turned a 15 minute manual process into a 2 minute automatic process. There's worth in that. It's that I don't see enough worth to promote them. In a way, I brush off positive comments because it is what it is. Those close to me come to learn that praising my work or character traits isn't how I best respond to positive work or experiences because in my eyes, it's what I am supposed to do and how things should be. I'm doing my part to make the world a better place by bettering their individual world. I don't see the need to praise myself or be praised for what should be common-place behavior.

Such a perspective is drastically counter-culture to the Instagram-filtered lives being promoted everywhere and by everyone every day. I do not see a need to promote what I do. If what I truly believe is to be the norm then promotion makes it appear extraordinary. It should not be the exception for a guy to treat a girl with respect and dignity. It should not be rare for a guy and girl to be good friends with no romantic interest in the other. A guy or girl going around speaking life, listening to people, and being kind to everyone should not be idolized. The best way to make something normalized is to treat it as non-special. Promotion is propping it on a pedestal and declare it to be special and different.

In that case, why should I promote myself? Why do I need to self-advertise as if I am a special case, different from everyone else? If I must promote myself, how much, is too much? If I promote myself and my work, how far is it before people are tired of hearing it?

These questions fill my head lately because I am preparing to publicly announce something I started in May. The concept  has floated around since last summer and is finally happening. It is something close to my heart and passions and I am excited to finally see it come together. Obviously, I'll be promoting it some on social media. As college isn't in session, I don't have any other way of telling people about it. Additionally, it is my prayer that there are people I don't know will benefit from it. I'm reaching a point where I have to self-promote if I want to see this project have the impact I know it can.

And yet I am unable to find peace about promoting it. Do I want it to benefit people? Yes! Do I want the gospel to spread further? Absolutely! Do I believe what I am doing will have an impact in people's lives? Truly, I do. Promoting it is not contrary to these desires. Then why do I find so much unrest in doing so when even a small bit of advertising, asking for a small section of the spotlight, would help these desires occur?

I wish I had answers to my questions. I wish I had a hard measuring stick to use to find the balance line between necessary and over-doing. But I don't and one does not exist because advertising is an art.

Art is subjective. Art is personal. Art is not for everyone. There are talented people who excel in paints, pencils, physical and 3D models, and whatever other art forms there are. Everyone can try their hand at art but only someone is actually good. I joke that I gave up art as a kid when I realized I couldn't draw a straight line with a ruler (it is partially true).

Marketing, too, is an art form. As is writing. They are different forms of art but still art. Some people are good at multiple forms of art. Others are not. Marketing is not one of those for me despite needing some form of self-marketing skills to get a job, enter university, or build a relationship with a co-worker, boss, classmate, or to-be friend. It does not click in my mind.

This post... really has no proper ending. I don't have a concluding summary or neat wrap up that resolves the whole conflict. Though words have been written, the conflict stands and the questions remain unanswered. It is unlike coding, where 100% of the syntax must be correct or the whole thing fails. Life doesn't wrap up with a pretty bow. Sometimes it dangles like loose, uncurled ribbon.

Sometimes it is a work of art that doesn't make sense because it is not complete.